Spend enough time around lenders and their lawyers, and you’ll eventually hear about the Golden Rule: “The one with the gold makes the rules.” This highlights the most important fact underlying loan transactions – when escrow closes, the lender will have given up possession of a large sum of money, and its primary goal is to get that back in full, along with the interest to which it is entitled. If borrowers and their counsel are sensitive to this (completely legitimate) concern, the transaction will go much more smoothly. 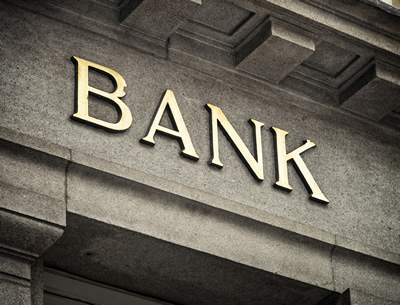 In many ways, making a loan secured by real property is akin to buying that property. While both the borrower and lender hope it never happens, the possibility always exists that the lender may end up owning the property, and the lender (or and its attorneys) must approach the due diligence process with that thought in mind. This often includes analysis of leases to which the property is subject, as well as title reports, surveys, and entitlements. The lender’s standards may in fact be more stringent than those of the borrower/purchaser, in large part because the borrower may not be putting much of its own cash into the deal. While the lender has the benefit of the Golden Rule, in today’s competitive marketplace a lender must ensure that it does all this in a cost-effective manner. There may be occasional hiccups (and Great Recessions) in the availability of credit, but the trend for years has been towards faster, more efficient transactions.

Beyond documentation and negotiation, much of our finance practice has involved counseling lenders and borrowers regarding loan structures and lender remedies.

Any lender making a loan secured by real property in California must be aware of the peculiarities of state law–such things as the one-action rule, the security-first rule, and the various anti-deficiency rules. Lenders in California generally have more hoops to jump through, and must be more careful when exercising remedies for a borrower default.

For instance, the decision whether or not to secure an ancillary obligation such as a guaranty can be critically impacted by the debtor protection rules, a fact which out-of-state lenders (and even private lenders in-state) are often quite surprised to discover.

When a secured loan goes sour, the first step is not necessarily foreclosure. Most lenders approach foreclosure as a last resort, a necessary evil to avoid collecting nothing on a bad loan. A lender taking title to a property through foreclosure (or a “deed in lieu of foreclosure”) will often end up losing money. Lenders are not in the business of holding and selling property. As a result, a workout, or negotiated loan restructuring, is often sought by both lender and borrower. Negotiating a restructuring requires knowledge of the lender’s remedies as well as possible defenses the borrower (and any guarantors) may have, but if both parties are cooperative, a restructuring can be a relatively smooth, productive process.

KBL Lawyers - Copyright © 2018. All Rights Reserved. - Terms of Use / Disclosures